The previous week was the last Silent Practice Week of this year’s Rains Retreat. Not much happened; a bit of walking meditation, perhaps some chanting practice (exempted from the silence rule), some fasting. Ex-Kovido turned up part way through the week and wasn’t phased with people ignoring him. Giovanni Caianello, as he is now, is presently busying himself managing Kusala House. And various guests are arriving. Our long-time friend Herman-from Holland is here again, and Rion the kindly-architect-from-London was here briefly. Rion is assisting in negotiations with the Planning and Conservation Departments to obtain permission to build better facilities for visitors at the meal time. His plans also address the fact that parts of the monastery are crumbling. Our monastery website seems to be crumbling as well. Kris is helping out in that department. Luang Por Munindo’s Dhamma talk of last Sunday, called Having Without Having has been hosted to our website with considerable difficulty, due to the IT failure. Dhamma talks from here can also be found on iTunes podcast under Aruna Ratanagiri Dhamma Talks. They can also be found here. Wednesday’s full-moon marked the end of Vassa 2014/2557 and the beginning of Kathina season. Anyone interested in how our festival on 19th October is shaping up can contact Khun Nuch on 07545313842. 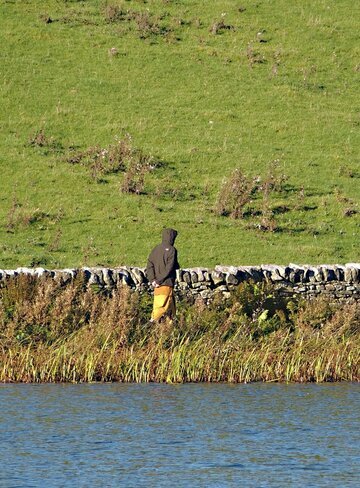