What Will Winter Bring

Because this year the rowan trees are so heavily laden with berries, does that mean that we are in for a heavy winter? Or might this be the fruit of the summer we have just had? More immediately, the plastering and wall-papering work at Mangala House is nearly completed. The house is still far from being ready for occupation, there is plenty of painting and cleaning to be done, however we are on schedule for moving in by 1st December. Anyone interested in joining the painting and cleaning parties during November could contact Penny. Last Saturday's Lake Work Day was rather dreich, but we got some of the work done. Sunday's full-moon marked the end of this year's Rainy Season Retreat (vassa). In the morning the resident sangha met, as is the tradition for this day, to ask for forgiveness from each other for any misunderstandings or disturbances they might have caused during the three month retreat period. In the evening Luang Por Munindo offered a Dhamma contemplation called Mindfulness, Restraint, Reflection. Sunday also marked the beginning of the Kathina month which means several of the community members will be travelling away to other monasteries for their festivals. Similarly we can look forward to receiving friends from afar to join in with ours on Sunday 23rd October. And we look forward to seeing you. 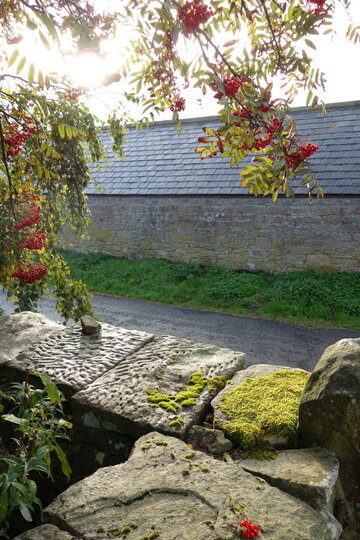