We are a third of the way through our Winter Retreat for 2016. The small amount of snow that has fallen so far has contributed more to a sense of stillness than cause any difficulties. Rory who was a large part of the Retreat Support Team for January has moved on and Peter has arrived. Richard and Cesare are about to arrive. Our current Kitchen Manager Anthony will be leaving when his year is up in April and Gavin has applied to take over. Anagarikas Giovanni and Martin have asked to receive pabbajja (novice precepts) and become samaneras (Jayamangalo and Jinavaro respectively). For those friends of the community who wish to witness their 'taking robes' and show mudita , the ceremony will take place 1pm on Monday 22nd February, Magha Puja Day. This Sunday 7th February it is expected that Luang Por Munindo will offer a Dhamma talk at puja. 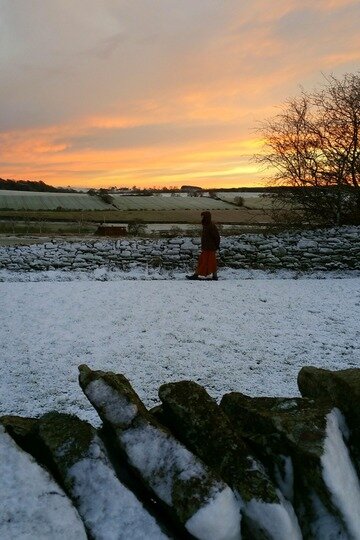