picture: Luang Por Munindo with his mother in NZ, 2005

Last Friday 17th June a dana meal was offered to the sangha at Harnham dedicating the punnya to Luang Por Munindo's mother who recently passed away, aged 96. With generous donations that have been made, dana meals will also be offered at Amaravati, Cittaviveka, Hartridge and Milntuim. The Sangha made special dedications of chanting at our monasteries in America, Australia, Thailand, Italy and UK. On the same day we marked the 98th anniversary of the birth of our Teacher, Ajahn Chah. The next day, Saturday 18th, was a  Lake Work Day where we saw more of the anti-slip wire-mesh laid along the boardwalk, also lots of weeding and general maintenance. Yesterday Samanera Issaro arrived from Amaravati to take up residence for the vassa. Originally from Poland, some of you may remember him in his earlier incarnation as Anagarika Marcin when he was here for the Rains Retreat 2014. Anagarika Revato has returned from his 2 weeks away walking. Currently both Luang Por Munindo and Ajahn Abhinando are away. Ajahn Abhinando's Summer Retreat has reopened for bookings as the commencement date for the planned building works has been delayed. And you can find an announcement on our website for the Annual General Meeting of the Harnham Buddhist Monastery Trust which will take place at 1.30pm on 23rd July 2016, at Harnham Buddhist Monastery. 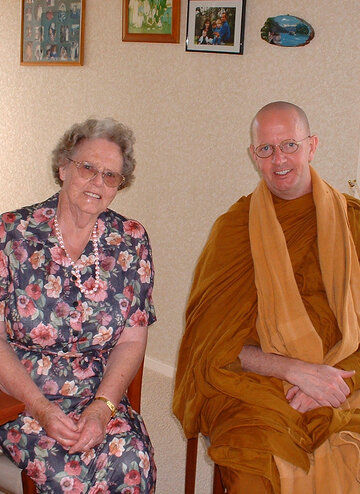